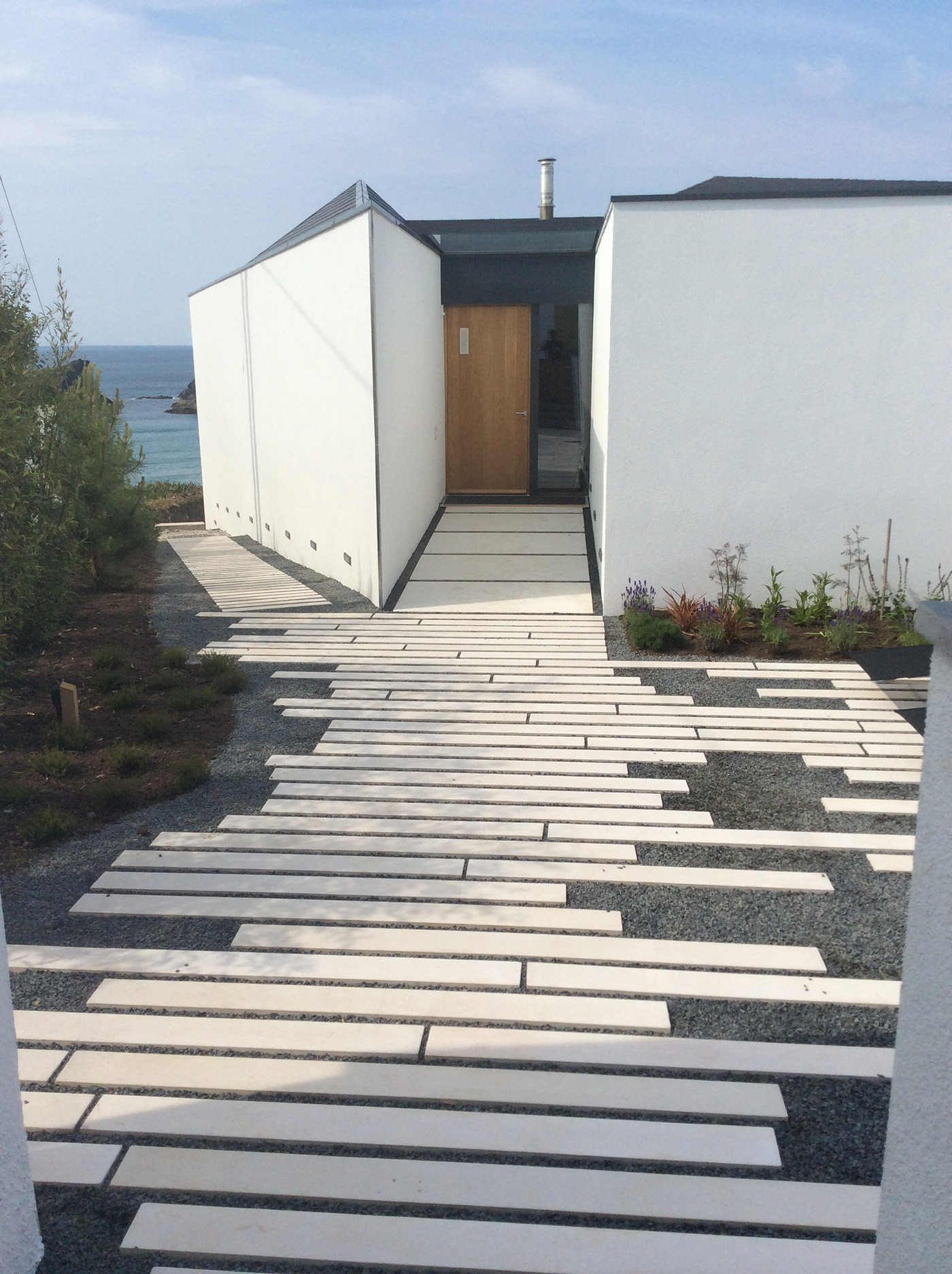 For this windswept Cornish garden, just 30 metres from the sea, designer Jano Williams was briefed to create an outdoor space that would draw the eye towards the dramatic coastline, while achieving a sense of serenity in keeping with the contemporary architecture.

We took care of both hard and soft landscaping – by far the biggest challenge being the beautiful white lintels you see below. Initially, Jano thought she would have to settle for grey; but, after an extensive search, we found a locally based supplier able to produce exactly what the design demanded, within a very tight timescale. 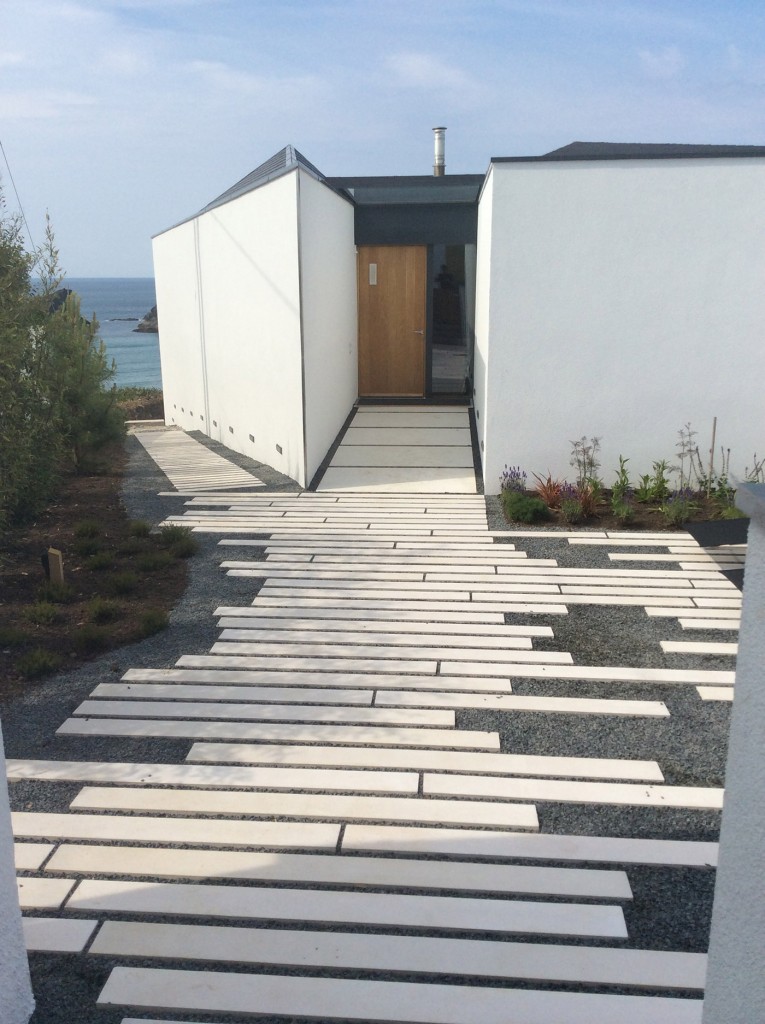 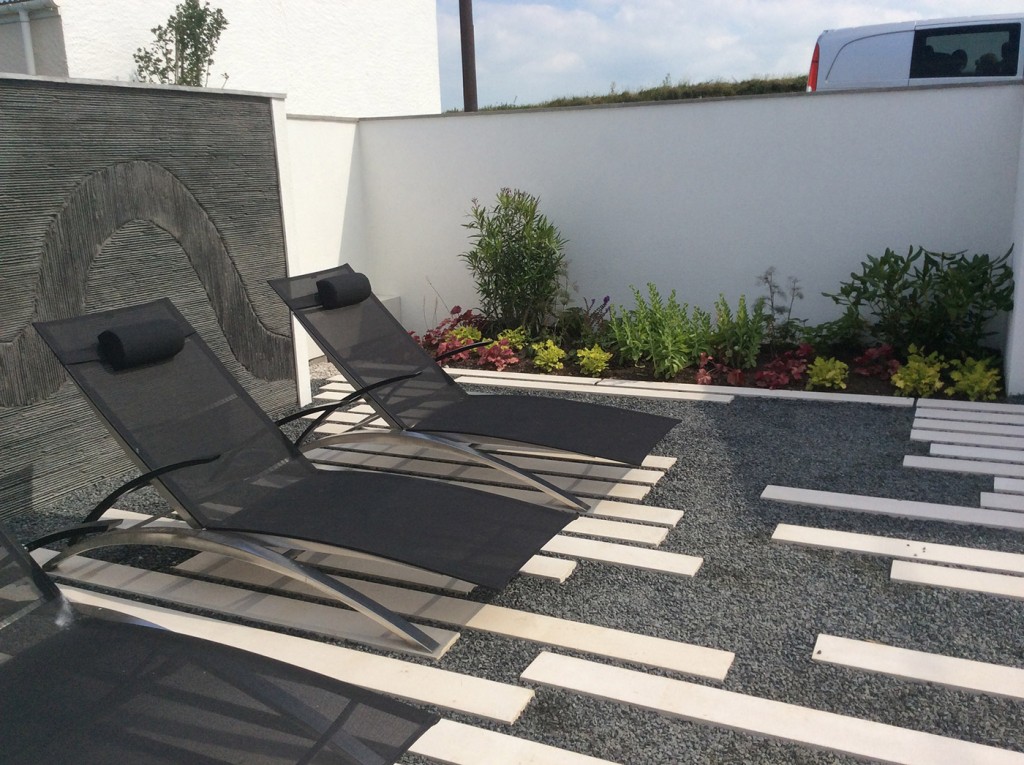 A newly created and freshly planted garden can often look a little thin and bare, but clients are naturally eager to see the ‘finished product’. We’ve found this little bit of traditional rhyming wisdom helps people understand that their patience will be rewarded.